A Documentary by Antonis Tolakis

"If children remained children we would keep telling them fairytails.They grow up though." -Bertolt Brecht 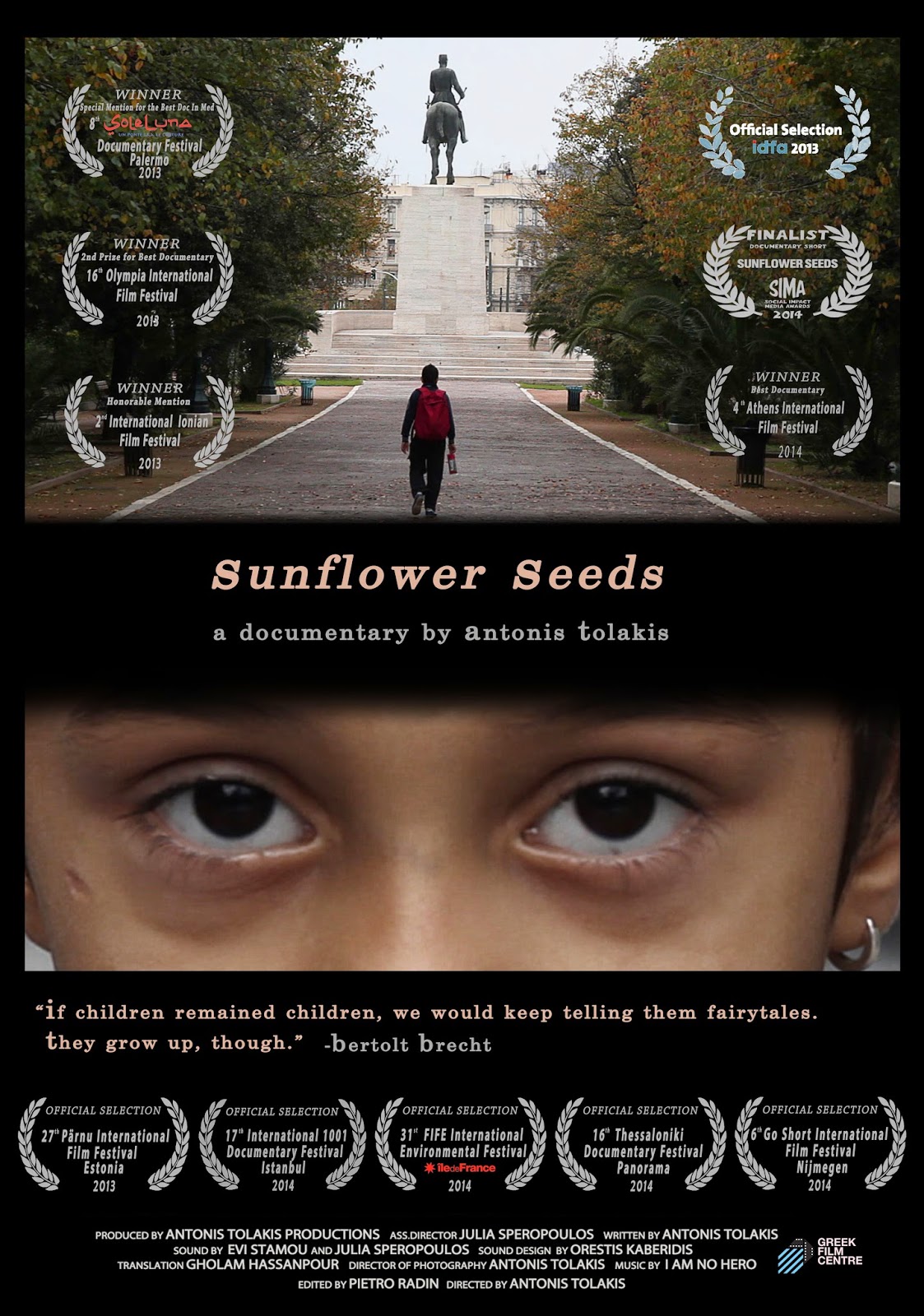 A group of children surviving on the streets of Athens. Among them is Sayid, a twelve-year old boy, who works all day selling sunflower seeds in the city’s suburban parks. His existence borders on absolute poverty, as he prowls for food in philanthropic organizations. His daily routine in the chaotic capitol of Greece is nothing but a struggle for survival. At the same time, however, he manages to find and enjoy the freedom the city streets can offer. Sayid, along with his friends who are all immigrants from Afghanistan, escape their desperation by clinging onto their hopes. With them, he plays innocent childhood games and dreams of a better future: He wants to leave for Northern Europe, to go to school, and to have a decent job when he grows up. But how fast does a child grow? Sayid is trapped in Greece, a country plagued by a financial crisis, increasing unemployment, rampant xenophobia, and racist violence. Sayid states clearly, “I’ve been here about two years, and it feels like twenty have passed.

"A touching and delicate short film capable of a deep look on to the themes of the young immigration and fascism in Greece." Sole Luna Festival 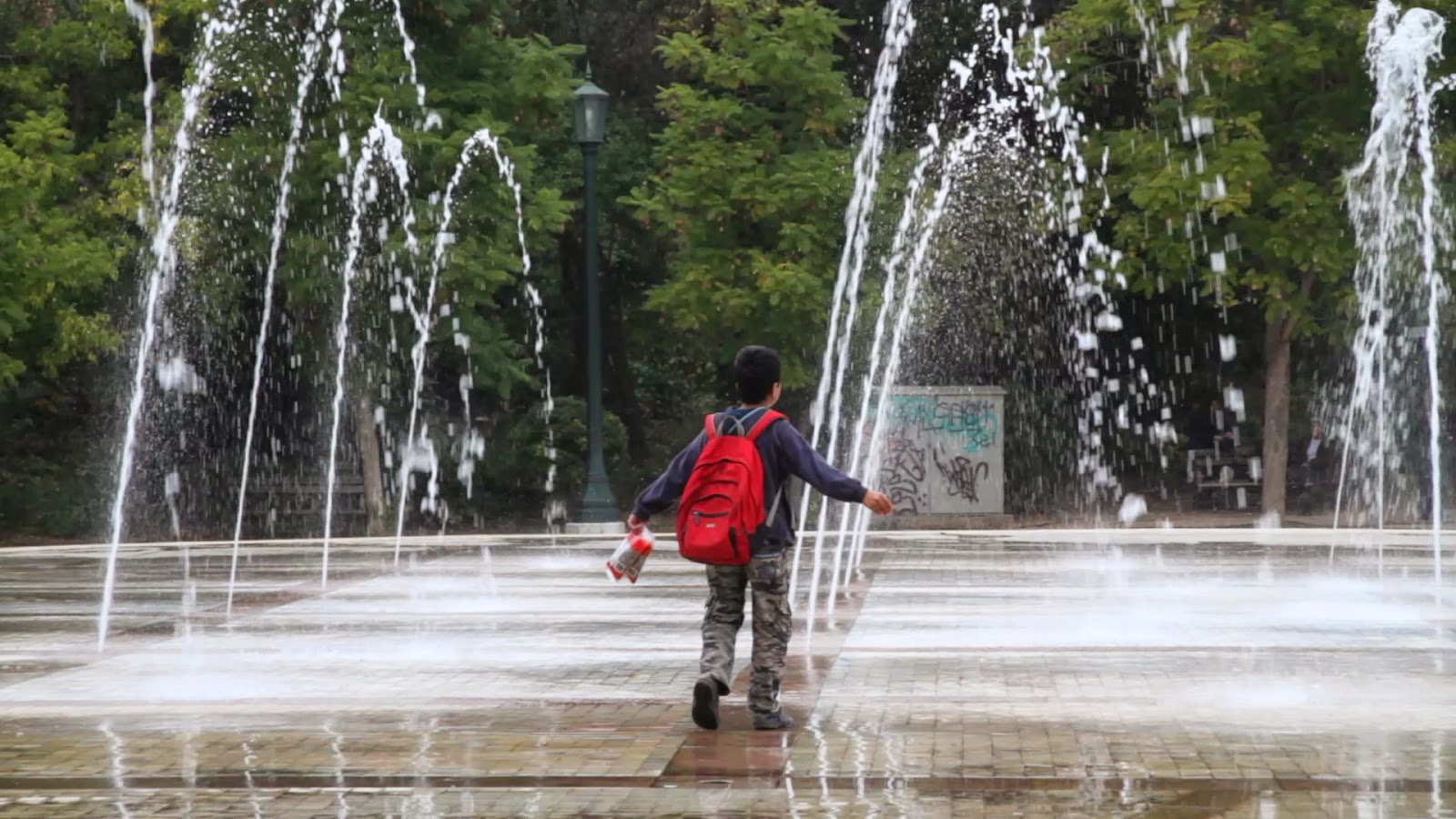 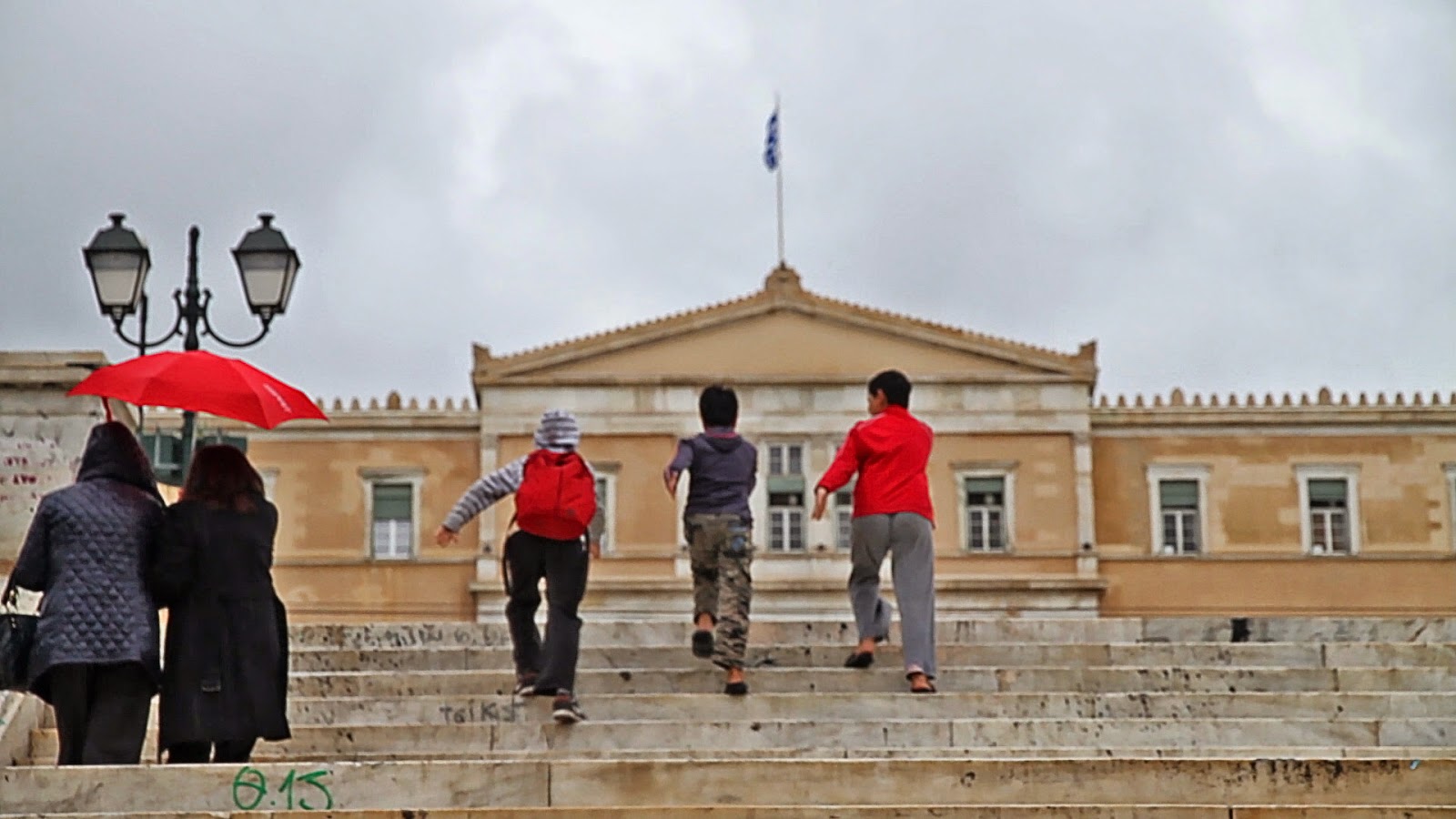 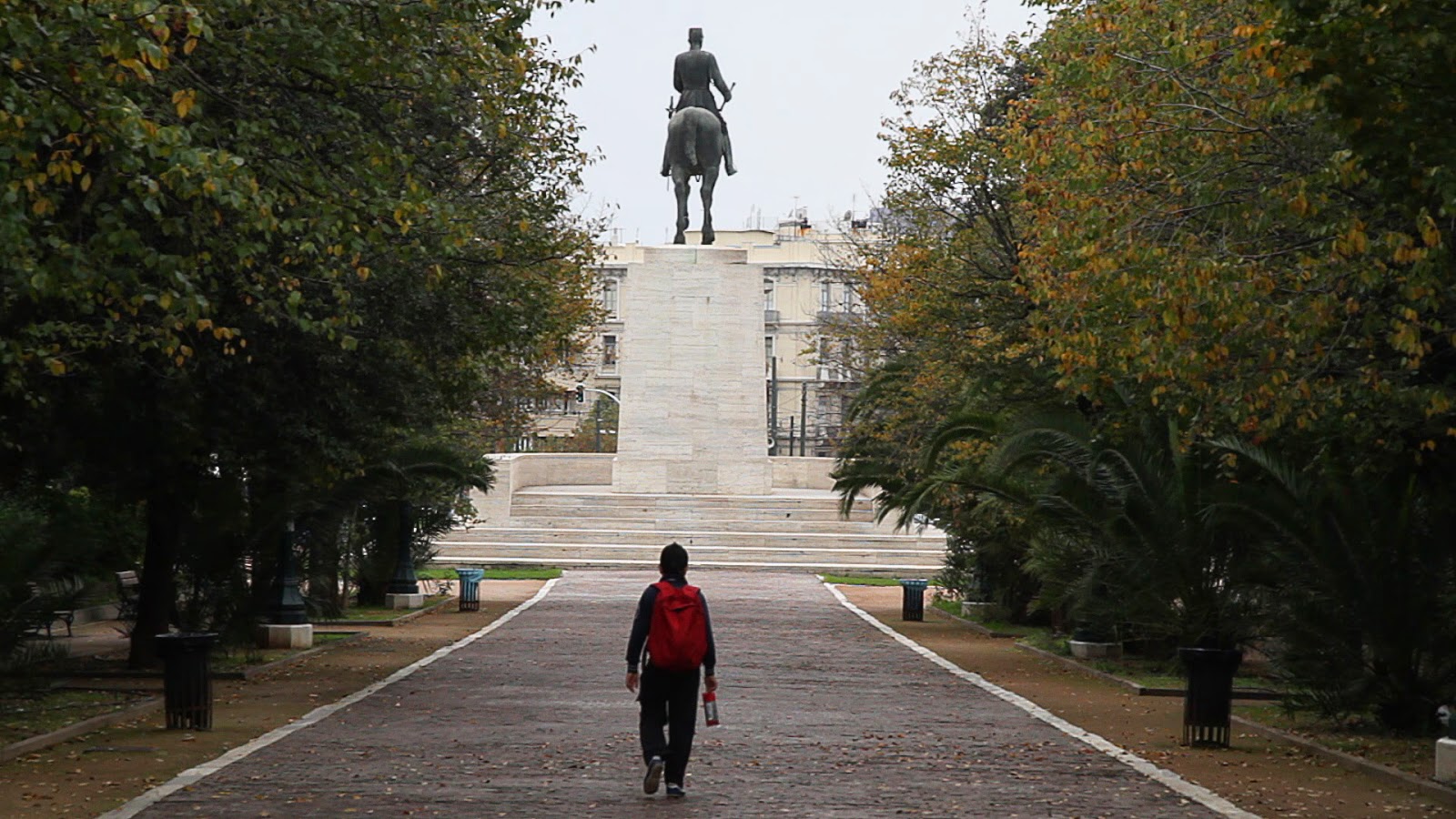 About the Director: Biography and Filmography 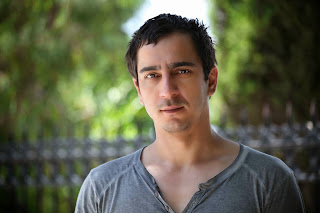 Antonis Tolakis was born in Athens in 1978. He studied theatre at the Department of Theatre Studies in National and Kapodistrian University of Athens and cinema direction at the Hellenic cinema and television School Stavrakos. He works for television and cinema. He also directs for theater and writes, as a film critic, in various publications and websites. In May 2013 he won the second prize for his play “I hope you have a day filled with jasmine” in the category New Playwrights, from the Ministry of Culture, Greece. 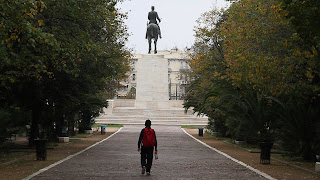 “The film explores issues like child labor, poverty and unseen violence, a “systemic” violence that is inherent in every society, even if we don’t see it. This is something in the case of the Greek economic and political crisis, which easily and quietly gave birth to the new fascist ideology. “Sunflower Seeds” is most of all a film about the abrupt coming of age of these underage political refugees, who are trapped in our country.”

Posted by Unknown at 4:00 PM No comments:

“A camera, a microphone, but at the same time lots of thought put into it. Because it’s not the easiest thing in the world today to recount the story of adulthood of children, political refugees, who live on the border of absolute poverty thrown in a dangerous and foreign country.”
Posted by Unknown at 3:30 PM No comments: 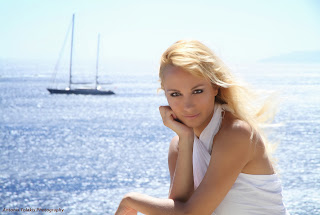 Julia Speropoulos was born in Miami Florida USA, where she graduated with a theater arts degree in acting from Florida International University (Bachelor of Arts in Theatre.) She also attended workshops with Olympia Doukakis and John Strasberg. She moved to Greece in 2005. As an actress, she performed in “Free Rider,” a play written by her, “Notre Dame de Paris,” and the “Fall of the Amazons.” She has participated in Antonis Tolakis’ first feature film “Tomorrow in battle, Think of me” (work in progress), as well as in the short film “Aisha.” This upcoming theater season she will be starring as Dorothy in the “Wizard of Oz,” and in John Mavritsakis’ “Blind Spot.” 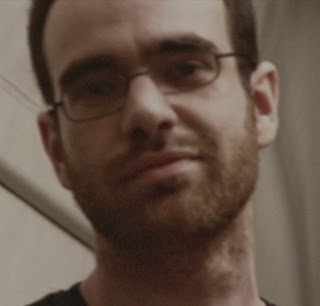 Pietro Radin was born in Legnano Italy in 1984. In 2000 he settled permanently in Greece. Since 2003 he’s been translating and interpreting. After his completion of his film studies in the Hellenic cinema and television School Stavrakos, he started working as an editor for film productions, TV and video. Several of the independent short films that he has collaborated on have participated in international festivals, where they were distinguished. Two of these films are Antonis Tolakis’ first film “Voiceless” (Los Angeles Noor Iranian Film Fest, Rome Independent Film Fest), and Yiannis Bereris’ “Endemic” which received a directing award in the 18th Athens International Film Festival. 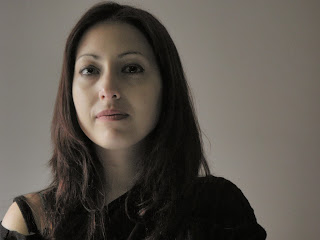 Evi Stamou was born in Patra Greece in 1985. She graduated from the Patra Municipal conservator in 2000 and worked as a musician and music teacher until 2009. She studied political economics in the department of Economics of University of Athens and directing in the Hellenic cinema and television School Stavrakos. Since then, she has been working as a sound recordist and director in films, and video creation for theater productions. Her films have participated in international film festivals. «Maison» was officially selected in the 5th DIY Film Fest of Warsow, and «Motion/Transition» in the 35th Cinemed International Mediterranean Film Festival of Montpellier.
Filmography:
2013 Maison, Experimental short film, 8’
2013 Motion/Transition, Experimental short film, 9’


Film Music: I AM NO HERO 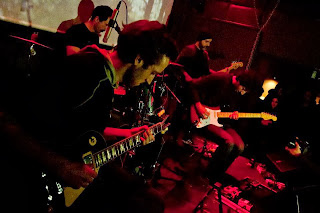 I AM NO HERO is a Greek post-rock/instrumental band that was formed in Athens in 2010. Its style is characterized by a concrete preference in the simple and compact structures that support the melody and by a percept of its slow evolution. The contrast of their intensities is very prominent, since inside this same piece can exist moments of absolute silence as parts of the whole exponential intensity. In the summer of 2011 they recorded their first album with the title “Without Antennas,” and at the moment they are in the process of mixing and mastering their new album with the title “Underwater Cities.”

Posted by Unknown at 3:00 PM No comments: